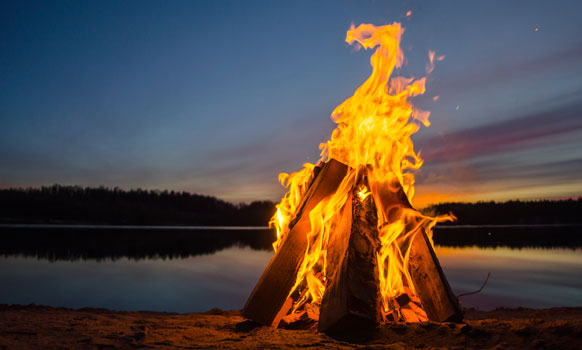 A week ago I wrote about fear and losing the battle to it as I contemplated going to an open mic.  After last night, I am stepping back and questioning whether it was fear that held me back.  Several friends suggested that there might have been a reason, a soul reason that I didn’t go.  Maybe the reason had more to do with timing, or situation …. or desire.

Let me share the context to last night first.  In July of last year, just two months after my husband died, I said ‘yes‘ to joining RED, a woman’s creative circle.  Founded by Christina Dunbar, who’d coached me through bringing “Skins I Have Worn” to life, RED was created to be a safe space where women could share, explore, dare, and workshop their creative expression.  What was especially important to me, was that we were invited to participate from wherever we were.  Some women were developing projects, some needed a creative sisterhood, some wanted a safe space to try something new, to discover what else they were capable of. 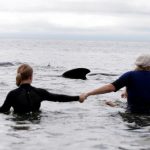 For me, RED was a lifeline.  In the beginning all sorts of judgement came up.  I was envious of the women who knew what they wanted and were using this space to go for it.  I was worried that when women heard I’d lost my husband, they would pity me.  And it was hard to accept, with my type A personality, that I was simply not in a place to take on a new project.  But once I let go of those stories I got what I needed, a safe space to express what was in my heart.

Over the months, I eased out of my shell, grew more daring in my expression (as we all did).  I improvised a dance about Mike’s passing, I brought my guitar and hashed my way through ‘Country Road.’  And through it all, these beautiful women embraced and supported me, giving me the courage to edge further and further out of my comfort zone.

A few months ago, while walking on the beach, a character dropped into my thoughts, fully formed.  Candy Kincaid.  I could hear her, see her, knew how she dressed.  She was a truth telling, balls to the wall, southern oracle from Texas.  And she could talk to dead people! 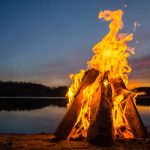 You know those moments, we’ve all had them, when something slams into our soul and we recognize the truth of it.  Candy Kincaid was it.  Over time, she has become my alter ego.  She is a way I can speak of death and dying with humor and honesty that broadens the conversation.  She is a way for me to have fun and try things on that I may not have dared before (like the guitar).  She is blunt and honest and has her own wisdom, about death and life.  I want to discover what she has to say.  I also recognize that as I give her permission to speak, I am doing the same for myself.

Last night, in front of a group of thirty women, I brought her to the stage, let her strut her stuff.  She shared a story of going out on a blind date and being bored to tears by the fellow, then insulted by his dead mother.  The story spilled easily from my lips, I laughed, I snorted, I swore, I played.  And the audience played back.

And though there were a few butterflies as I sauntered to the front, there was nothing of the paralyzing dilemma I had felt the week before. In that moment I felt radiant and alive. There was no question but that this was where I wanted to be.

I have no idea how this character will evolve, if she will even stick around.  It is easy to rush to conclusions about where I want her to go, and what possibilities she might prompt.  For now, I am making the simple commitment to let her be, let her talk to me, write down her words, capture the impulses, the truths as they come.  How she will weave together in the future is yet to be discovered. I make no assumptions.

So what does all this have to do with fear?  Trust.  Trusting that we can discern what is fear that needs to be conquered because what is on the other side is vital.  As opposed to resistance because truly the time isn’t right, or we are not ready, or something else is actually more important.

Every step is a discovery, a lesson.  Some are painful, some are brilliantly beautiful.  May we take each one trusting that it is the perfect next one … even if we don’t recognize it at the time.