There is nothing more beautiful, more powerful, than seeing a woman who is confident in herself and her sexuality.  Over the years, I’ve heard that, seen it, and sometimes felt it for myself.  However, what I had not realized is how much that energy can affect our presence when we are speaking on stage.

This last weekend, I had the pleasure of attending the Thrive Client Attraction workshop.  Though I learned a lot about niches and sales conversations, I was also surprised at the inner work we did and the realization that our connection to our sexuality affects everything we do.

In a series of sharings and breakthrus, it became apparent that when we stifle our natural sexuality we end up living half a life, if not worse.  One after another, I witnessed the shift when we braved stepping into our juiciness as sexual beings and literally came to life. 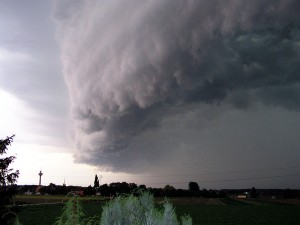 Maybe part of what scares us is that the power can feel so raw, so huge, so unmanageable, we clamp down on it to try to control it.  Or maybe somewhere along the line, we were taught to believe that the urge was inappropriate, wrong, even perverted.  So rather than embracing it, we took the impulse, stuffed it into a box, and threw away the key.

But it’s not like it goes away.  For billions of years Mother Nature has made certain that the species continued.  And so that life pulse seeps thru the cracks, or pops out in odd and inopportune times, or perhaps shows up in our darkest dreams.

When we still don’t give in, it becomes more demanding – more insidious.  To quiet it, we begin to eat too much, drink too much, work too much.  Or, we stick a needle in our arm to tell it to just ‘shut the hell up!’

This weekend, in the presence of so many brave and beautiful people, I opened myself to the flow.  Stepping into a circle of wild dancing banshees, I shook my breasts and shimmied my hips – exhilarated at the clapping and the cheering.  And how good it felt: that sense of freedom and claiming, that sense of commitment to spirit and life force.  There was nothing to compare to that feeling of heat moving up legs, belly, heart – and then overflowing into arms that moved like snakes, and eyes that dared to see.

And so as a speaker, and as one who coaches speakers, I would invite us all to tap into this power, for it is pure unadulterated magic – of the most powerful kind.  It is earth magic, spirit magic.  It is howl at the moon, dance naked in front of the fire, magic.  It is Beltane magic. It is as basic as it gets.

So the next time you prepare to step out (and no one has to know but you), roll your hips a few times, shake your booty, and imagine that hot sweet flow moving thru you.  Then, spread your arms, widen your stance, and open your heart to the ultimate source.