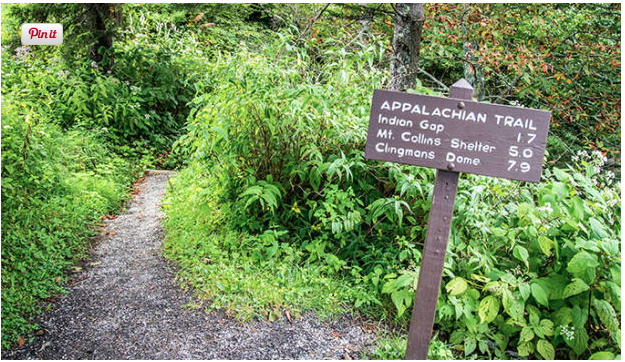 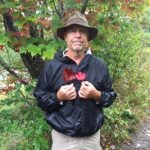 That’s how I remember him best, my mountain man husband, wearing that felt hat, his hiking boots and that great big grin on his face. He was in his element outdoors, marching across the terrain, taking a chug from his water bottle, stopping to look out over the peaks we climbed, the distance we travelled together.

He was the one who opened the world of camping to me.  As much as I loved nature, my parents were not the outdoors type, had never taken us out into the wilderness.  It was my husband, Mike, who helped me discover the down and dirty pleasure of sleeping in a tent, looking up into a brilliant night sky, sitting around a campfire listening to the embers crackling, the mysterious sounds of the forest in the dark.

With him it was satisfying to experience a campground, concocting tasty meals from freeze dried pouches, olive oil and some herbs.  Figuring things out like a toilet when we backpacked and didn’t have access to all of life’s easy amenities. In fact, he once built me a ‘throne’ to make all that a little easier to manage.  Ah, the things he did for love….

Ingrained in my heart are the memories of mornings snuggled cozy in my sleeping bag, while outside he built a fire to warm me, boiled water for my first cup of coffee.  I can see his face as he peeked into the tent, offering me that hot brew to encourage me to get going.  There are so many trips we took, so many memories we made. How I miss that part of my life with him.

Then, last week in the mail, I found a magazine addressed to him, “Journeys: The Official Magazine of the Appalachian Trail Conservancy.”  How odd, I didn’t recall that he’d donated to that organization. In fact, we live clear across the country. But regardless, there it was, sitting in my mailbox, from out of nowhere….

The cover story caught my eye, “Natural Born Hikers, the wonder of women on the Trail.” A lovely series of stories about women hiking the Appalachian Trail.  How very appropriate. What struck me most profoundly was how one after another woman spoke of their initial fear, and their friends’ fears, about taking on that trail alone.  And how, one after the other, discovered that their fears were unfounded.  Not to say there had not been incredible challenges, but that what they had been most afraid of, had not come to pass. Inspiring.

From there, it was like following breadcrumbs.  I read about a group that had formed, the Trail Dames, to support curvy women feel comfortable and strong enough to take to the mountains.  What had started out as one woman’s vision, had quickly grown into a non-profit organization with groups springing up around the country. As they accepted women of all shapes and sizes, I searched to see if they had started a group out here in California.

Unfortunately, they had not, but I was determined; I started looking for meetups here.  Surely in a city of millions, I could find a few people who were interested in taking to the trails, camping out.  There were groups, lots of groups, but somehow, I hadn’t quite found what I was looking for.

I felt a growing urgency now.  It was summer, the night was pressing in on me, and I needed to be outdoors, under a wide open sky. To breathe. 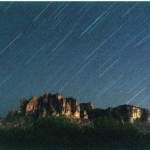 The next guidepost was the discovery of a group who was gathering at Mt. Pinos to watch the Perseid meteor shower on August 11. Now we’re getting somewhere. I was feeling the growing excitement at the ‘rightness’ of this undertaking.

Mike and I had watched the meteor showers before. We would go out to Malibu Creek State Park and camp for one night.  We’d set our alarm for 3:00 am and then crawl out of our tent to watch the stars tumble and dance until we couldn’t keep our eyes open any longer. Then we’d crawl back to bed and sleep till morning.

However, in looking closer at the details of the gathering, they already had some 200 people attending.  That’s about 195 more people than I can tolerate these days. So that wasn’t for me either.  I could feel the frustration growing.

But I was onto something. I knew where I wanted to go, what I wanted to experience.  So now, it was just a matter of figuring out how to make that happen. I admit I wasn’t quite ready to take this on alone, so I started filtering through everyone I knew in hopes of discovering someone who might be open to a last-minute adventure.

Then, drifting into my thoughts a woman came to mind.  She is a new friend, old soul, artist, musician, healer, sister.  She’d told me once how she loved going out into the wilderness.  She had no fear of going alone, welcomed the space, the magic, the communion of being there.  Yes, I thought, reach out to her.

“Hi there,” I texted. “Call me crazy, but I got this urge to see the Perseid meteor shower next month, and you came to mind…”  My heart pounded, waiting, then just moments later.

Yes. Yes! Yes!!  She said yes, she would share this adventure with me. I was going out to the desert to witness this amazing event with a friend. Sit out on a dark night to watch the stars tumble and dance. Turns out it is on the night of a new moon eclipse. Could it be more special?

As I write this, I am planning my menu for our very short jaunt to the desert.  I’ve brought down my sleeping bag and pad, a camping chair. For a while in the attic, I fingered those objects Mike held so dear, his tent, his camping stove, his set of blue camping dishes.  They are mine now, my treasures to carry into this new future without him.

I have no doubt that my dear mountain man had something to do with this, this gentle whispering, these odd little signs that nudged me ever closer to what I longed for. How else to explain a magazine that showed up out of nowhere, the breadcrumbs that led to the Perseid this weekend, the wild synchronicity of meteor showers that were once beheld by us two, and will now be enjoyed with a friend who would drop everything to come join me on this adventure.

It is 15 months since he died.  The grief is not as devastating as it was before. Though there are still moments hot and hard, they are no longer as frequent, nor as intense. The steps move out more easily, with less fear.  And bit by bit, I am finding my way back to things we loved to do together, this love of the wilderness that bound us, and discovering new ways to have them.

Maybe one day I’ll decide to hike the Appalachian trail myself….