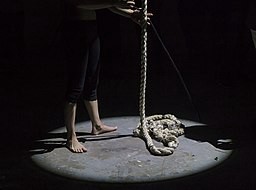 They call it that, ‘the year of firsts.’ The implication is that it will be a painful year of all the landmarks you will survive without your partner: the first holidays, the first birthdays, the first anniversary, and of course, the first year after he died.

But in fact, this calendar of life after their passing is filled with firsts, an astonishing number of them. It rather reminds me of the calendar we kept after our daughter was born. She sleeps two hours, she smiles, she sleeps four hours (you can see how important the sleeping was), she crawls. And so it went, until, on her first birthday, she stood on her own two feet and took her first steps.

And so it was, as I traversed the terrain that was my life after my husband passed away:

The first night I slept without the help of sleeping pills.

The first meal I ate without feeling I would retch.

The first walk I took longer than around the corner.

The first time I woke up and his loss was not my first thought.

The first time I made it thru a day without sobbing.

The first time I laughed, or at least pretended to.

The first time I looked forward rather than backwards.

The first time I claimed ‘My’ — my bedroom, my house, my life.

The first time his death was not the only topic of conversation.

The first time his death was not in the conversation at all.

The first time I opened his closet door and did not slam it shut again.

The first time I was able to share our memories without crying.

The first time I considered a new relationship.

The first time I went out on a date.

The first time I had sex.

The first time I had sex without thinking of him.

And so, I am learning to walk, maybe even dance again. For it is a dance. One step forward, two steps back, three steps sideways. One step, stop. Stumble, fall, get up, begin again.

I am now coming to the end of a second year without him. How did that happen? I am a different woman than I was a year ago, or even when we were married, and that is fascinating to contemplate.

I am a woman, braver. For I have survived one of my greatest fears come true.

I am a woman, more discerning. Having lost my love, I am much more careful with how I spend my time, for I am aware of how limited it is.

I can no longer multi-task. Don’t ask me to drive and talk at the same time! But maybe that is a blessing.

I move more slowly in a world that continues to accelerate. I have unsubscribed to emails, silenced the phone, reduced the outside stimulation as it is too exhausting.

I listen to my Soul’s calling more easily, more gratefully. Throughout the days I have turned inward again and again, seeking understanding, guidance, at times simply survival. And in the writing, the walking, the weeping, the asking, a knowing comes through: an insight, a softening, a possibility, the next step.

So, I find myself here today, at 23 months since my husband passed away, stepping into a performance piece. With only a little hesitation and a bit of panic, I said ‘yes’ to creating a one-hour performance piece at the Hollywood Fringe Festival this year. I preview June 8, with more performances throughout the month of June.

I vacillate between ‘am I crazy?’ and ‘good for you!’ Thankfully ‘good for you’ sings a little louder. I’m debating the title and am still creating the material. But I have a sense of what I want to share, what I have learned:

This journey through loss is unique, devastating. But also, if allowed, a time of grace and great insight. Contradictory feelings live side by side and the pendulum swings wide as we seek to acclimate to this new reality. There is sorrow, but there is also an absurd humor. There is a new-found freedom to speak of things we did not dare, and to expand into beings we did not know we were capable of becoming.

There is no shortcut, no alternate route. It is step by agonizing step, as each of us finds our way forward to the beings we are becoming. On June 8, crazy or not, I am stepping into new shoes. I invite you to join me in the dance.