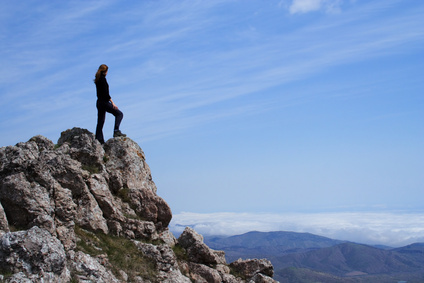 Mike was a carpenter. He loved doing projects around the house, especially wood working.  His favorite pastime upon retiring was to make things – our bed frame, a ‘window’ between the kitchen and the pantry, my jewelry box.  I was always impressed by the time and care he took with the details, it was his form of creative expression. It gave him so much pleasure.

A week ago I sold his tools.

Not all his tools, but the big ones, the ones I would never use.  On impulse, riding a wave of making space and claiming the house as mine, I put two saws up for sale.  Within an hour I had three inquiries.  I had priced them to sell, was not interested in haggling; simply wanted them out of the garage so I could free up some room. Logical.

A fellow came that evening, tall and lanky.  He and his roommate, an architect, didn’t know too much, but wanted to create a wood shop in their garage; these tools would make a great start.

“Can we turn it on?” He asked, as he sized up the chop saw.  I wasn’t quite sure how, these were Mike’s tools.  I never touched them.  But between us we plugged it in and found the switch.  As the motor roared to life the lights in the garage dimmed.  “Looks like it works.”  Yup.

The other item was an old table saw.  Mike must have brought it out from Ohio.  It was a bit rusted, nothing fancy.  There was a guide for the wood and you could angle the blade to get a mitered cut.  Ah, I did remember something from wood shop in college.  It too roared to life when we flipped the switch.  Mike took care of his tools.

“Would you take $75 for the two?”  Sure, I nodded.  I had originally thought to donate them so this was more than I’d originally considered.  Except my stomach clenched.

“Anything else?” He asked.  I looked around, there was a router in the corner.  I was never going to use a router.  “You can have that if you want.”  He flipped it on, just to make sure it worked.  Yup.

“Do you have any wood?”  It was starting to feel like vultures circling.  But yes, for $100 they could take the chop saw, the table saw, the router and the wood.  I would not be using them.

They loaded up the van, then handed over the bills.  I didn’t bother to count them.  But as they drove off into the night I was suddenly filled with panic.  Wait! I wanted to shout at them:

You can’t have that.

You can’t have him.

It’s just stuff I’ve told myself since then.  Just stuff.  I would not have used it, didn’t need it. After five months, I was beginning to re-imagine my home, had wanted to clear space for new beginnings. These were guys who would make good use of his tools.

But still my heart hurts.

Gave away a piece of him for 30 pieces of silver.

Would it have made a difference if I’d donated those tools to Habitat for Humanity?  Waited a little longer? Not sold them at all?

I took those dollar bills to the farmers market, treated my daughter to a lovely dinner.  There is room in the garage now to relocate the washer and dryer so I can re-design my kitchen pantry.

Still, last night I lay down on the bed he built, placed my earrings in the jewelry case he made, and sobbed myself to sleep.

How do I make peace with this?  I’ve labeled myself Judas for looking to the future, for leaving him behind.  Am I seeking to forgive myself for nothing I’ve done wrong?

As always, the sharing of the story is catharsis, revelation, understanding.  I can imagine Mike would not want me to feel this distraught.  “It’s only stuff, not me,” he would say.  “I will always be with you.”

But in this moment I confess I have no pat answer to the rending of my heart, this standing on the precipice looking forward while his shadow stays behind…